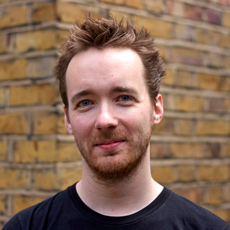 Simon graduated from the University of Surrey in 2005 with First Class Honours in BMus Music and Sound Recording. Upon graduating he joined the BBC where he worked on the multi-award-winning sites topgear.com, bbcgoodfood.com and radiotimes.com. In 2009 Simon joined Channel 5 where he led the digital production team and managed the redevelopment of channel5.com. He was also Exec Producer at creative agency Poke London where he managed projects for Orange, Ottolenghi, BBC and Joseph.

In his spare time he runs up hills, and makes musical things, more of which documented at his personal site, minor9th.com.