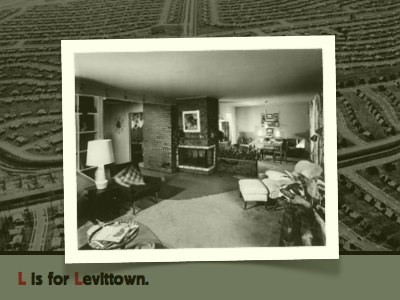 Previous slide Slide 23 of 45 Next slide

...only much fancier than our two-up-two-downs. This is the inside of one of the models.

Okay, so here’s the thing: The houses were built unfinished. They had space on the side to build a garage. The ground floor was the only one delivered finished. There was space for a first floor, but it was left as an attic, and the stairs were incomplete and ran up to a blank wall.

When people took possession of the homes, it was common to extend them gradually over the years: a new garage, an extension on the side, an attic conversion to a new bedroom, extending the roof to make the attic room bigger.

This is precisely what Brand’s layers model is about. It really puts adaptive design in context.

What I like about make adaptive design so literal is you can see how the design really worked for this endpoint. The blank wall and the space on the lot are invitations to build extensions. It’s as if, metaphorically, they’d built the house with screws and not nails.

Screws-not-nails is the “limited functionality” way of starting a game—more moves become available as your expertise at the home improvement game grows.

Just to show how significant this is, I want to set it against Microsoft Money 2000.

[Some Levittown links: in Wikipedia; Building Levittown; Levittown at Fifty, including The House that Levitt Built which links to infographics of how the houses were extended.]

Previous slide Slide 23 of 45 Next slide

The experience stack is a way of looking at the different contributing factors in experience design. This presentation highlights a number of products with good experiences and is called The Experience Stack. It was originally delivered in September 2007 at d.construct 2007.