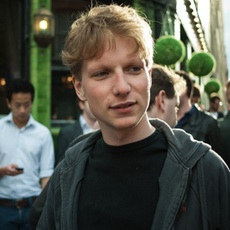 James Darling is a Creative Technologist at BERG. He works with code, design and process.

Previously, James has worked in the music and business continuity industries. In his last job at Unboxed Consulting he made things for Maquet, Channel 5, V inspired, Audi and Britvic. Individually he has worked with The Guardian, Runnymede Trust and Sure Start. In 2009 he co-founded Music Hack Day and Rewired State, a non profit organisation running hack days to promote open data within Government. In 2008 he helped organise probably the biggest subterranean party in London ever. James has spoken in London, Brussels and Manchester on Internet Public Services and at Channel 4 on technology in education.