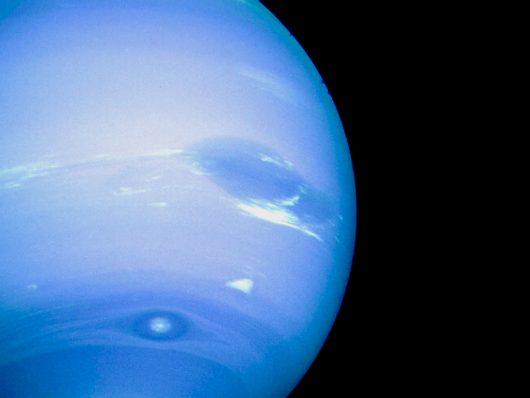 Previous slide Slide 54 of 56 Next slide

I want to wrap up where we started, with one last science fiction story, one of my favourites, about the greatest Escalante of them all.

It’s by Olaf Stapledon, and it’s called Last and First Men, and it maps out the next two billion years of humanity in eighteen separate human species, each decimated and rebuilding itself in a new way.

Right at the end of the book, humans are vegetarian, there are 96 sexes, and they live to a quarter million years of age. They have six legs and an eye on the top of their heads, and the race is telepathic. They can join themselves together into a huge planet-wide telescope, just by looking up. They live on Neptune, which is this planet here.

And i suspect it’s my favourite planet partly because it’s a really pretty shade of blue.

When we finally move on from Earth in the late 24th century and take over the solar system, our city-sized generation ships will take off into clear blue skies just like this.

Previous slide Slide 54 of 56 Next slide