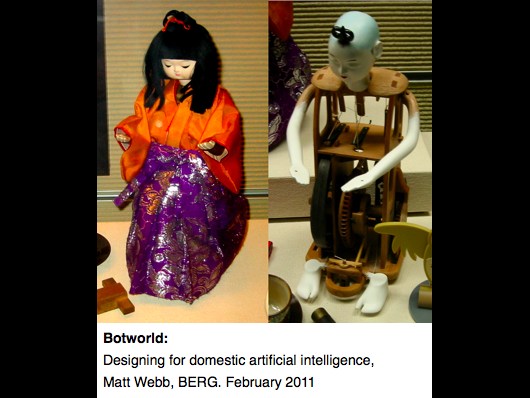 This talk was given at the Royal Institution on 16 February 2011, as part of a series curated by the Editor-at-large of Wired UK, Ben Hammersley. An audio recording is also available.

I have to say, it’s a privilege to speak in this ancient and so widely respected institution.

Thank you for inviting me.

It’s also a privilege I intend to abuse with only my second slide by showing pictures of space stations.

Botworld is a talk on domestic artificial intelligence, from February 2011.